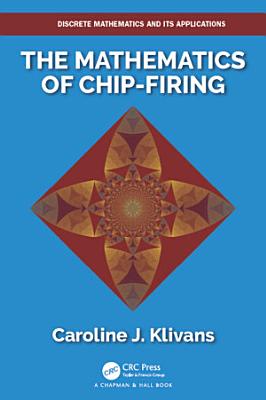 The Mathematics of Chip-firing is a solid introduction and overview of the growing field of chip-firing. It offers an appreciation for the richness and diversity of the subject. Chip-firing refers to a discrete dynamical system — a commodity is exchanged between sites of a network according to very simple local rules. Although governed by local rules, the long-term global behavior of the system reveals fascinating properties. The Fundamental properties of chip-firing are covered from a variety of perspectives. This gives the reader both a broad context of the field and concrete entry points from different backgrounds. Broken into two sections, the first examines the fundamentals of chip-firing, while the second half presents more general frameworks for chip-firing. Instructors and students will discover that this book provides a comprehensive background to approaching original sources. Features: Provides a broad introduction for researchers interested in the subject of chip-firing The text includes historical and current perspectives Exercises included at the end of each chapter About the Author: Caroline J. Klivans received a BA degree in mathematics from Cornell University and a PhD in applied mathematics from MIT. Currently, she is an Associate Professor in the Division of Applied Mathematics at Brown University. She is also an Associate Director of ICERM (Institute for Computational and Experimental Research in Mathematics). Before coming to Brown she held positions at MSRI, Cornell and the University of Chicago. Her research is in algebraic, geometric and topological combinatorics.

Authors: Caroline J. Klivans
Categories: Computers
The Mathematics of Chip-firing is a solid introduction and overview of the growing field of chip-firing. It offers an appreciation for the richness and diversit

Authors: Scott Corry
Categories: MATHEMATICS
Divisors and Sandpiles provides an introduction to the combinatorial theory of chip-firing on finite graphs. Part 1 motivates the study of the discrete Laplacia

Authors: Diana Davis
Categories: Education
This book is for anyone who wishes to illustrate their mathematical ideas, which in our experience means everyone. It is organized by material, rather than by s

A Project-Based Guide to Undergraduate Research in Mathematics

Authors: Istvan Mezo
Categories: Mathematics
This book is the very first one in the English language entirely dedicated to the Lambert W function, its generalizations, and its applications. One goal is to

Methods for the Summation of Series

Authors: Tian-Xiao He
Categories: Mathematics
This book presents methods for the summation of infinite and finite series and the related identities and inversion relations. The summation includes the column

Authors: Aaron Robertson
Categories: Mathematics
Ramsey theory is a fascinating topic. The author shares his view of the topic in this contemporary overview of Ramsey theory. He presents from several points of

Boolean Models and Methods in Mathematics, Computer Science, and Engineering

Authors: Yves Crama
Categories: Computers
A collection of papers written by prominent experts that examine a variety of advanced topics related to Boolean functions and expressions.