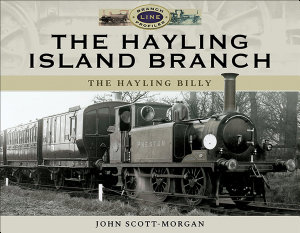 The Hayling Island Branch was one of Britain's most iconic sea side lines, connecting Havant with Hayling Island via Langston Harbour. Opening in 1865 for freight and 1867 to passenger traffic, it was after a few years of local control, managed and operated as part of the London Brighton & South Coast Railway, who were responsible for its upkeep until the railway grouping in 1923, when it became a part of the Southern Railway. The railway had a colorful and bucolic existence, with trains headed by the attractive Stroudley Terrier class tank locomotives and a collection of vintage carriage stock. In 1948 the branch became part of the Southern Region of British Railways, carrying on as a local and at times heavily used branch line, until its closure in November 1963. Today the lines track bed is a walking path from end to end, with only the former goods shed at Hayling Island to show the visitor any tangible evidence of the railways existence.