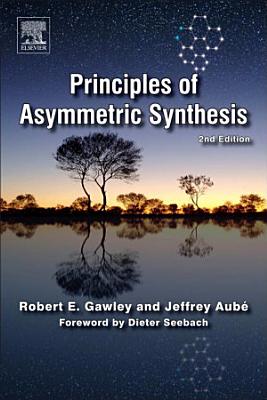 The world is chiral. Most of the molecules in it are chiral, and asymmetric synthesis is an important means by which enantiopure chiral molecules may be obtained for study and sale. Using examples from the literature of asymmetric synthesis (more than 1300 references), the aim of this book is to present a detailed analysis of the factors that govern stereoselectivity in organic reactions. It is important to note that the references were each individually checked by the authors to verify relevance to the topics under discussion. The study of stereoselectivity has evolved from issues of diastereoselectivity, through auxiliary-based methods for the synthesis of enantiomerically pure compounds (diastereoselectivity followed by separation and auxiliary cleavage), to asymmetric catalysis. In the latter instance, enantiomers (not diastereomers) are the products, and highly selective reactions and modern purification techniques allow preparation - in a single step - of chiral substances in 99% ee for many reaction types. After an explanation of the basic physical-organic principles of stereoselectivity, the authors provide a detailed, annotated glossary of stereochemical terms. A chapter on "Analytical Methods" provides a critical overview of the most common methods for analysis of stereoisomers. The authors then follow the 'tried-and-true' format of grouping the material by reaction type. Thus, there are four chapters on carbon-carbon bond forming reactions (enolate alkylations, organometal additions to carbonyls, aldol and Michael reactions, and cycloadditions and rearrangements), one chapter on reductions and hydroborations (carbon-hydrogen bond forming reactions), and one on oxidations (carbon-oxygen and carbon-nitrogen bond forming reactions). Leading references are provided to natural product synthesis that have been accomplished using a given reaction as a key step. In addition to tables of examples that show high selectivity, a transition state analysis is presented to explain - to the current level of understanding - the stereoselectivity of each reaction. In one case (Cram's rule) the evolution of the current theory is detailed from its first tentative (1952) postulate to the current Felkin-Anh-Heathcock formalism. For other reactions, only the currently accepted rationale is presented. Examination of these rationales also exposes the weaknesses of current theories, in that they cannot always explain the experimental observations. These shortcomings provide a challenge for future mechanistic investigations. Authoritative glossary to aid understanding of stereochemical terminology Explanations of the key factors influencing stereoselectivity with numerous examples, organized by reaction type A handy reference guide to the literature of asymmetric synthesis for practitioners in the field

Authors: Robert E. Gawley
Categories: Science
The world is chiral. Most of the molecules in it are chiral, and asymmetric synthesis is an important means by which enantiopure chiral molecules may be obtaine

Authors: R.E. Gawley
Categories: Science
The world is chiral. Most of the molecules in it are chiral, and asymmetric synthesis is an important means by which enantiopure chiral molecules may be obtaine

Principles and Applications of Asymmetric Synthesis

Authors: Guo-Qiang Lin
Categories: Science
Asymmetric synthesis remains a challenge to practicing scientistsas the need for enantiomerically pure or enriched compoundscontinues to increase. Over the last

The Principles of Asymmetric Synthesis

Authors: Patrick J. Walsh
Categories: Science
This book describes the essential aspects of enantioselective catalysis in a clear, logical fashion, with chapters organized by concept rather than by reaction

Authors: Garry Procter
Categories: Science
This book covers a wide range of reactions which are of importance in the asymmetric synthesis of organic compounds. The principles of asymmetric additions to c