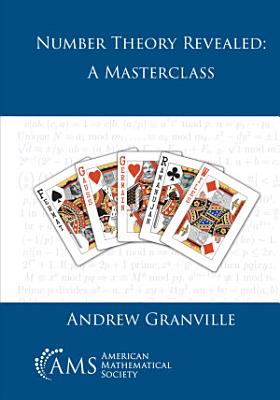 Number Theory Revealed: A Masterclass acquaints enthusiastic students with the “Queen of Mathematics”. The text offers a fresh take on congruences, power residues, quadratic residues, primes, and Diophantine equations and presents hot topics like cryptography, factoring, and primality testing. Students are also introduced to beautiful enlightening questions like the structure of Pascal's triangle mod $p$ and modern twists on traditional questions like the values represented by binary quadratic forms, the anatomy of integers, and elliptic curves. This Masterclass edition contains many additional chapters and appendices not found in Number Theory Revealed: An Introduction, highlighting beautiful developments and inspiring other subjects in mathematics (like algebra). This allows instructors to tailor a course suited to their own (and their students') interests. There are new yet accessible topics like the curvature of circles in a tiling of a circle by circles, the latest discoveries on gaps between primes, a new proof of Mordell's Theorem for congruent elliptic curves, and a discussion of the $abc$-conjecture including its proof for polynomials. About the Author: Andrew Granville is the Canada Research Chair in Number Theory at the University of Montreal and professor of mathematics at University College London. He has won several international writing prizes for exposition in mathematics, including the 2008 Chauvenet Prize and the 2019 Halmos-Ford Prize, and is the author of Prime Suspects (Princeton University Press, 2019), a beautifully illustrated graphic novel murder mystery that explores surprising connections between the anatomies of integers and of permutations.