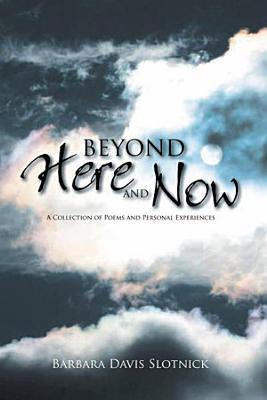 HAUNTED HOUSES ARE REAL I grew up in a wonderful, historic small town in South Carolina. Even today, I still love the history of this old town and the many friends I have come to know. In the 1980s, years later when I was grown and had children of my own, I rented an apartment in one of the historical houses that had been renovated into apartments in 1963. We were excited and felt fortunate to have found such an amazing place to live and be back in my hometown again. However, this unusual house had some interesting things happen in it while we lived there; much to my surprise. As if it were planned by some unseen being, my children and I began noticing some very unusual occurrences. My daughter was twelve years old at the time and was a cheerleader in the school she attended. Each night, she placed her cheerleading pom-poms on the corners of the bed posts of the bed, which she and I both shared. I always watched the news at night before bedtime. One winter night in 1983 around 11:15 p.m., the pom-poms began twisting like little pieces of paper as if they had an energy source from something I didnt understand. One pom-pom flew off of the bedpost and landed in the corner across the room. The next night around the same time, the other pom-pom flew off its post into the same corner. I was so shocked! I left them both lying there until my daughter had to use them again, which was the next day. The old house was huge and cold. On another winter night, my daughter and I were sleeping in the same room and the same bed as before. All of a sudden, my feet began feeling hot, so I took off my socks. I left them under the covers in case I needed them later. About thirty minutes later, the socks began moving up toward me under the cover, to the edge, and over the end of the bed. I was so scared I couldnt move! My daughter was still sleeping. Then a pair of pillows began to move across the wooden part of the foot of the bed at the end, and landed beside the socks. When this happened, I quickly awoke my daughter and we got out of that bed and that room. When I went to check the room the next morning, the socks were placed side by side and the pillows were arranged as if they were for show. At this point, I felt that I needed an outside opinion of my experiences. I then called one of the universities I was acquainted with about my experiences. They wanted to send a scientist to visit me and the house. However, my daughter was against it. They sent an engineer instead. The engineer, after much observation, informed me that I and my daughter were clairvoyant and that some form of an entity was in the house. He said that a lot of things that was going on could possibly be explained based on the history of the house, but not all of them. From time-to-time, several other unexplained incidences happened before I decided to move away from all of this. Sometimes, the telephone receiver would jump off its cradle, Christmas bulbs would swing back and forth on the tree, and water kept coming on in the bathroom when no one was present. My daughter and I had no choice but to leave this unpredictable place. Soon after, we moved to Myrtle Beach, S.C. We thought we had left the past behind, however, in our new house, locks and doors would open, as well as other things that occurred. Over the years since then, things seemed to have calmed down. Even though I have been told that my daughter and I could both have psycokinesis; she denies her powers.

Beyond Here and Now

Authors: Barbara Davis Slotnick
Categories: Biography & Autobiography
HAUNTED HOUSES ARE REAL I grew up in a wonderful, historic small town in South Carolina. Even today, I still love the history of this old town and the many frie

Authors: Rossa Ó Muireartaigh
Categories: Philosophy
D.T. Suzuki (1870-1966) reached global fame for his writings on Zen Buddhism. In this introduction to his theories of self, knowledge, and the world, Suzuki is

The Beyond Is Part of the Here Now

Authors: Susan Gottlöber
Categories: Philosophy
This volume presents an overview of various aspects of the quite diverse philosophical developments that have taken place in Ireland, both past and present. Wit

Beyond Here Lies Nothing

Authors: CJ Duggan
Categories: Fiction
When a big-city agent wants to rent the abandoned chapel on the Bowens’ property for an obscene amount of money, it seems like a deal of a lifetime . . . ther

Authors: F.G. Weiss
Categories: Philosophy
This book approaches Hegel from the standpoint of what we might call the question of knowledge. Hegel, of course, had no "theory of knowledge" in the narrow and

Authors: Alicia Gaspar de Alba
Categories: Social Science
"What the women I write about have in common is that they are all rebels with a cause, and I see myself represented in their mirror," asserts Alicia Gaspar de A

Authors: Douglas Harink
Categories: Religion
Theologian Douglas Harink invites readers to rediscover Romans as a treatise on justice, tracing Paul's thinking on this theme through a sequential reading of t