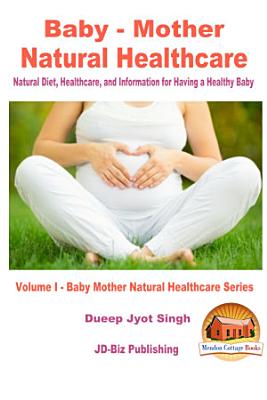 Table of Contents Introduction Natural Nursing Infant Formula – The First Poison You Are Feeding Your Baby The Importance of Natural Milk Lactating Mother’s Diet Colostrum Conclusion Prenatal Influence Author Bio Publisher Introduction A healthy, happy family unit is one of the most blessed things in society today. This book is the beginning of the series, which is going to tell you all about how you can keep yourself healthy naturally, and also have a healthy child. I do not care where you are from, your race, denomination, creed, religion, or caste. If you belong to the universal sisterhood of mothers, have had children, and/or have intentions of having children, this book and other books in the series are for you. These books are going to cover the psychological aspect of motherhood, with beliefs, conventions, traditions, and also how children have managed to survive naturally, even though ignorance in the ancient times and too much knowledge in the 21st century making their existence full of jeopardy. You might find some terms here, which in many parts of the world are not spoken in public, because of innate modesty, and upbringing. You may also be told about some activities which are thoroughly natural, but because of conventions or because of brainwashing have been either made taboo or things not to be discussed in general public, thanks to inhibitions. We are not living in Victorian times when maidens were told, even up to the age of 20 and if they were unmarried, that children were found under the Cabbage Patch! This is, of course, the height of absurdity, foolishness, and repression, which was the reason why so many Victorian women could not bear the marriage bed, because their mothers had told them that it was either sinful to enjoy this part of the marital bond or through sheer ignorance, and disgust in an activity which it is supposed to be crude, they did not allow themselves to take part in the physical aspect of a marriage. And that is the reason why their menfolk had mistresses, who were more practical, common, earthy, and enjoyed what the missus called “bed sport” in a prim and prudish fashion. These women thus definitely did not have any emotional attachment to their children, and once the child was born, it was given in the hands of nurses and wet nurses to be brought up far away from the sight of the mother.

Authors: Kathy Duerr
Categories: Health & Fitness
You're at home on the weekend, or on holiday, or it's after 5 p.m. and you don't know how to solve the pain or burn or bite your child has. Dr. Mom's Natural He

A Natural Guide to Pregnancy and Postpartum Health

Authors: Dean Raffelock
Categories: Health & Fitness
Having a baby can and should be one of the most joyful experiences of a woman's life. While there are hundreds of books that provide information on how to ensur